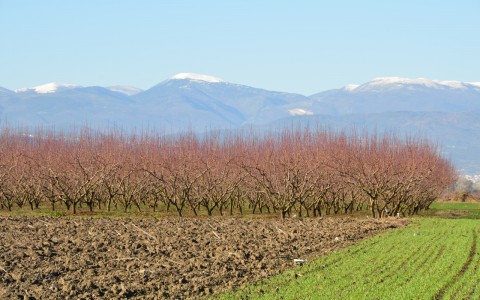 As we drive west across the geographical region that my guide – Maria – assures me is the true meaning of Macedonia rather than the modern political context – the day starts and we begin to pursue themes that need drawing together to make any sense of.

We are on the way to visit the tomb of Philip II, the father of Alexander the great, at Vergina – which can be reached in a little over an hour from Thessaloniki. It’s a UNESCO world heritage site, and certainly it lives up to everything I expect in terms of  archaeological significance and the way that such relics, visited in situ, will always move me spiritually.

They are currently excavating the area around the tombs to map the city and palace. On a hillside is the recognizable shape of a small theater – where the king could bring his guests to watch a performance – and  also look beyond the small stage to a most beautiful panorama of the fertile plains and distant mountains. Maria describes him inviting his enemies as well as his friends and allies, to both entertain them and to reinforce their understanding of his power and the extent of his empire. Who could not be moved by such a vista.

Importantly for me personally by the end of the visit I have a true sense of the word Macedonia, and what it means to the Greeks. And I realize that this part of the world has been one of the centers of the world’s attention for 3 millennia, and for much of that – including modern times – it has been a battleground.

But of course we are also driving across these plains at a time of a different battle – the modern economic crisis in Greece – and  this backdrop is always in my mind and is a source of much of our debate.

Maria is passionate about the crisis, it is a very personal pain to her, as it must surely be to all the individuals caught up in it. Over a long coffee on the veranda of an isolated estate in the hills, where we are the only customers, she cries as she describes her frustrations of trying to run a business and bring up a family.

The recurring theme is that the political system is rotten – she quotes a Greek proverb  “The fish stinks from the head.” She compares modern life to ancient Greece, and remarks “Thank heavens that at least we had an ancient civilization that knew what it was doing..”

She compares the modern government with their shifting policies and a relentless pursuit of “taxes, taxes, taxes” to Phillip II – who was to her a great king – inspiring his people and giving them direct participation in his success by giving land to soldiers who fought for him in successful battles. To her he was a constant force, deserving of respect and she compares this to  the modern political system which she describes as a shifting quagmire of corruption and policy changes that makes planning difficult and success almost impossible.

I simply listen and ask gentle questions of her, as she is clearly deeply upset. Of course I have no solutions, but I leave Vergina understanding so much more about the trials and tribulations of both ancient and modern Macedonia than any classroom or western media can teach me. I am inspired to learn more, to spend time in this beautiful and fascinating country.

By getting on a plane so that I could hear these things from a passionate Greek lady while sitting in the winter sunshine a stones throw from the tombs of a Macedonian king it has all become so very real to me. 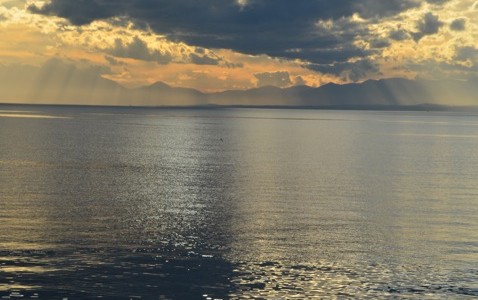 End of the first full day of my first visit to Thessaloniki – and I am certainly impressed so far. Main takeaways are: 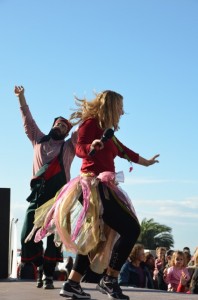 Greece is of course constantly in the news for all the wrong reasons – the miserable state of the economy and the impending and inevitable exit from the euro. Based on my first few hours here the people are friendly and full of life. Even the Chardonnay is totally reasonable.. 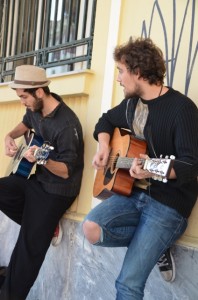 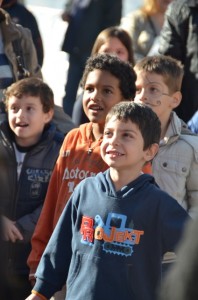 Just a shame about the sunsets..