Was in a noisy pub in Brighton this evening and took a few minutes out to look for images where you wouldn’t normally expect them.

Juxtaposition is a good one to look for – here the light behind the wine glass offers a commentary.

Maybe the lamp shade also encourages you to make assumptions as the viewer – is this a basic kind of place where both the lamp and the wine could do with upgrading?

Found the hotel, walking around the narrow lanes near the castle, met for drinks at 1am – this city runs late for sure – and a quick visit to the Calouste Gulbenkian Museum this morning and here I am at lunchtime looking forward to my first Tango lesson this evening. 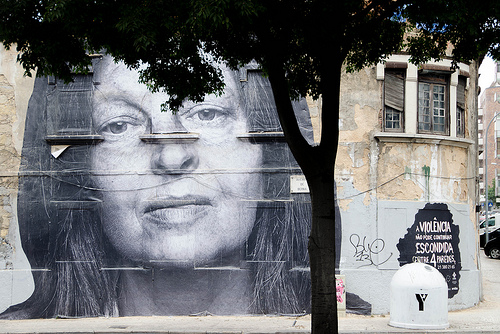 So what are my thoughts having never been to Lisbon before.

In many ways it seems to be exactly what I expected, a city with so much history but suffering from long periods of neglect, the recent economic problems – and perhaps most worryingly the fact that most young people no longer want to live in the city centre – they are running for the newer, safer houses in the suburbs.

All this creates great potential for just the kind of photography I love to take – I look forward to the next few days.

Please verify your settings, clear your RSS cache on the Slickr Flickr Admin page and check your Flickr feed

My great surprise is the language – just how different it sounds from Spanish. Having an extremely basic vocabulary in Spanish from a long time ago, I expected at least to be able to understand something of simple basic conversations – but no – not a word. 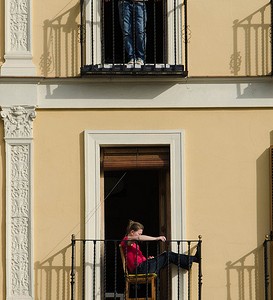 After my first 24 hours here this is one of the best places I have found in which to get enjoyably lost!

The place is a maze of alleys and sights – images are everywhere. With Semana Santa starting on Sunday – street parades every day for next week – it should be a great chance to get some fascinating shots.

I will also try to get some images from my efforts to continue my beginners Tango lessons – it was great to drop in on an advanced class last night just to say hello and meet the teacher. It’s in a great urban space – I added one image to the set above – which somehow really suits the kind of Tango I would so love to dance one day – but for now it’s all about trying to find a way to learn fast enough, so I can stop laughing at myself every minute .. 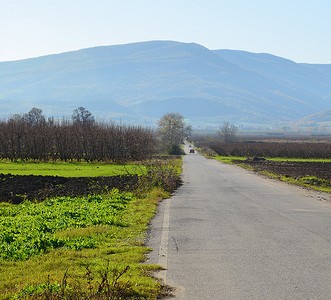 Firstly the depth of historical significance that Greece has – it seems so obvious but walking in Thessaloniki and in the Vergina site I experienced a very strong physical sense of the influence of Greece over 3 millennia.

The frustration of the modern Greek people at the crisis, and their anger at the political system. Sadly the country may be to be moving towards large scale unrest in 2013, but perhaps centred on Athens rather than Thessaloniki, which has a much gentler pace of life.

The refreshing way that so many people speak almost no English at all. When I asked a taxi driver for the ‘Byzantium Museum’ – one of the best known places to visit in Thessaloniki – he had absolutely no idea what I was saying. I do find this to be a positive thing, so many countries understandably allow English to dilute their linguistic culture – Greece is more Greek to me because so many people know only their own language.

The friendliness of the Greek people to strangers. Maria said that wherever you are in Greece you will always find someone to share a coffee with you. Xenia (Greek: ξενία, xenía) is the Greek word for the generosity and courtesy shown to those who are far from home. Xenia was considered to be particularly important in ancient times when people thought gods mingled amongst them. It had a practical significance then – if one had not been a good host to a stranger, there was the risk of incurring the wrath of a god disguised as the stranger. I have no idea if there is any real connection with these ancient customs – but modern Greek people are certainly open and friendly, and keen to talk. 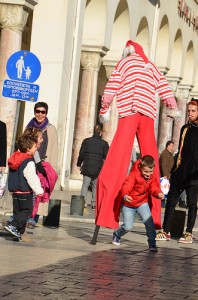 It would be so worth me learning just a few hundred words of Greek so as to be able to share that coffee with people who speak no English. I am determined to do so, and to visit again next year. Stefamos, a book publisher that I was fortunate to meet on the plane, shared with me that in Greece when they say ‘lets go for a coffee’ the coffee is totally irrelevant – its just a chance to talk.

And two general things that I am increasingly aware of.

Firstly the extreme importance to me of simply travelling. There is something mentally liberating in physically visiting new places that helps to open doors in my mind. Barriers of repetitive routines and the visual dullness of familiar sights are completely removed just by being in a new environment.

Secondly the the importance of climate on both my physical well being and on the culture of countries. The pilot gave us an in flight update with the weather waiting for us at Gatwick and he said “as you’d expect – cold, wet and raining.” I am beginning to wonder if I can live much longer under such physical clouds and dark days. 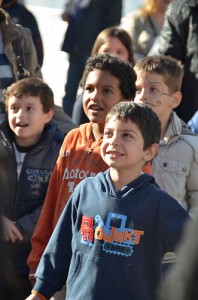 I saw the sunlight on the upturned smiling faces of the children in the square of Thessaloniki, and perhaps I need to spend significantly more time under the warming influence of the sun. 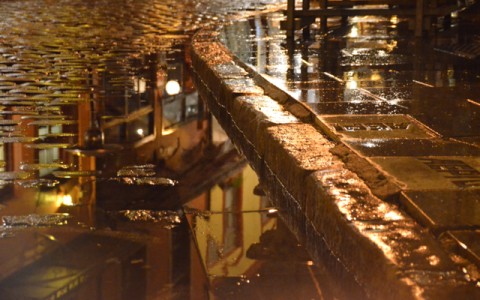 One of the most important things I think I have finally, absolutely learnt recently is how fantastic it is to just get out and do stuff. You learn, live and celebrate.  Why do I ever take my eyes off of this very simple goal?

Yesterday evening, after two glorious days of December sunshine, as the sun went down it started to pour with rain. Rather than sit and read, listen to music or write – I looked out – saw the street reflections – reached for the camera and just tramped around for a couple of hours in the dark. What a great decision.

I spent the time wandering around in Ladadika – a very small area of Thessaloniki treasured for small intimate cobbled streets with cafes, bars and restaurants – a short stroll from the sea and opposite the main port. And about 500 yards from my hotel, so no effort at all. 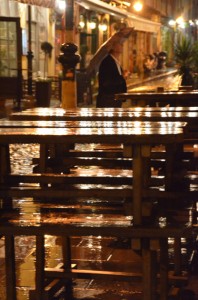 I ended up with some photos that I love, two of which I have posted here – I learned about the camera which is still new to me – but more importantly I have some memories that I treasure because they were created out of the moment by me getting out and just living. Upside down tables and puddles were transformed into something quite magical – and all I had to do was be there and look.

Then again this evening – no rain but its windy and cold – and off I go. No hesitation. This time the experience wasn’t driven by photographs but simply by going into a bar to shelter from the wind. Inside it was small, very dark and intimate. I ordered a glass of wine, warmed up, got settled –  and very gradually started looking around.  It took me a while to work out that I was the only guy in the bar.. I had managed to wander into a gay women-only bar without realizing it. 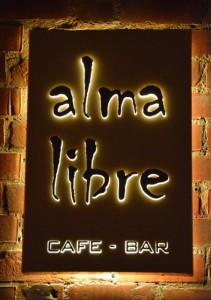 After my over-polite exit i fell into the next bar where the barmaid – Nandia – thought it was extremely funny, and so did I. The girls in the bar were  amused, hospitable and I am sure I didn’t spoil their evening, I was just a crazy English bloke who didn’t understand what way up anything was and left as soon as he did.

And to round off the the experience I did manage to order a sparkling water ( to go with the chardonnay ) in Greek without Nandia hesitating – although she did smile – for all the wrong reasons women have been smiling at me all evening – and how nice is that?

Just get up and get out there – it’s such an exciting planet!