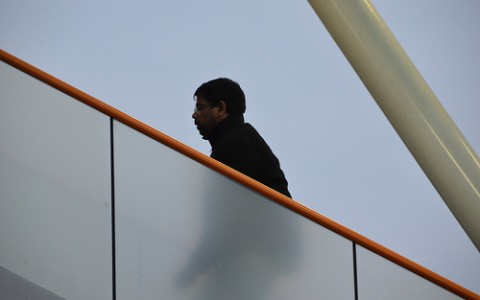 Marcel was 83 this morning. He knew that from the small calendar pinned to the wall by his bed. Every day he would mark a small dot next to the number, and every month he would turn the page because he enjoyed the sense of marking the time, but to him the rhythm of the seasons was already ingrained in his soul. Today was one of the only three dates that was circled in red – his birthday. Beside it he had written in small spidery letters his age, as there was no-one now to remind him.

He washed his face in the cold water, and got dressed by the soft yellow lanterns of the farmhouse, opened the bedroom door and greeted Cesar.

Gently he caressed the small dog, rubbing it’s ears and sharing a small piece of rabbit left over from the stew the night before. He talked to him about the day ahead, and about his thoughts of the night. Since the funeral his head kept getting full of things, and explaining these to Cesar helped to calm his mind. He told him that today was his birthday, and that he was 75 years older than Cesar, but not in dog years. In dog years Cesar would soon catch him up and then he too would ache and worry. He told him he understood that this seemed impossible to him now, but that time would pass quickly. But most of all he talked about the rain, and whether it would come this week. They had to beat the rain.

The gas ring on the old stove hissed as he boiled a small jug of water for the coffee. He loved the smell, Jules in the village provided the beans in return for a few bottles a year of his wine.

With the gas ring on and the old log stove still glowing from the night before the kitchen was warm and comforting. It was early September but already the air was chilled. The stone walls were cool in the hot summer but bone cold in the winter, the shutters were layered with his patient repairs over the decades and the small cottage was full of drafts.

He had no need of a watch, nor of an alarm clock. The time that mattered to him was not absolute, he was driven by the rising and setting of the sun, and by the waxing and waning of the moon. He knew without thinking that he had exactly the right amount of time to walk to the top of the valley before the sun started to rise.

He opened the door for Cesar, picked up the small rucksack that he had as always packed the night before, put out the oil lamp, shut the door behind him and turned on the torch. It swung from the chest strap on his pack, the small beam swaying from side to side across the path with the rhythm of his walk. After fifteen minutes he turned it off and with the lightening sky he could make out the familiar path that he had climbed every morning since her funeral. As the track steepened he leant his weight on the stick, but his pace hardly slowed. As always Cesar would dart in and out of the vines, following the fresh scents of the rabbits, but he was always near. He did not need to look for him, or to call him. He would never really leave his side.

The track leveled off and the dawn was almost upon them. He breathed in the fresh chilled morning air. Every day he came here to watch the sun rise, to study the mists and the clouds. To get a head start on the days work. To think, to cling to things that mattered, to still the questioning voices. He climbed the last few yards above the highest part of the vineyards, turned to look back down the valley into the coming dawn and settled himself on the familiar rocks.

This time of year was so precious, so full of expectation. The fruit was nearly perfect. But it had been grey and cool for the last few critical weeks, the moon was waxing but still weak and he had chosen to delay the harvest to allow the small grapes to fully ripen. He was playing the rising moon and it’s pull on the waters of the vines against the increasing cold as the sun retreated. He was worried – his decision was full of risk. He had painstakingly pruned back the canopy by hand for the last 4 weeks, stripping back the protective leaves to let in as much of the precious sunlight as possible. That left the grapes exposed, one hail shower could ruin everything he had worked for.

He looked at the clouds in the valley, at the brightening sky, feeling the air above him. He would know perhaps with two days notice if the rains were coming, no more. But the pickers were booked now for next week, and there was no possibility of changing this. He knew that two other growers had made the same decision to delay, but most were already harvesting and no one could be brought on at such short notice should the rains come.

His lined face turned towards the sun, feeling the first touches of its magical light. He questioned the skies, watched the mists and the low clouds along the sides of the  valley. His cheeks felt the gentle breeze from the south. Slowly he relaxed, he was safe for one more day, it would not rain today nor tomorrow. He smiled, and explained this to Cesar. And then, as he always did, he filled a small cup from the coffee flask in his rucksack, took the old locket from his shirt pocket, opened it and then slowly and patiently described everything for her. He rocked gently backwards and forwards, and as the sun rose the dew slowly left the vines, the dog settled to the reassuring rhythm of his voice and his mind stilled for another day.

Notes from the Word Hoard

The way the exercise works is explained here.

This short story is quite a leap from the image of someone leaving Clapham station on a cold Sunday afternoon –  but that happens.

I selected the phrase ‘beat the rain’ and from that for some reason I thought of wine producers and the decisions they have to make on the timing of their harvest, especially in poorer years. I like Marcel, and I would like to write more about him.

This was the first post from the inaugural meeting of the “3 jolly butchers writing group” this evening which thanks to the company of Richard was productive and fun!